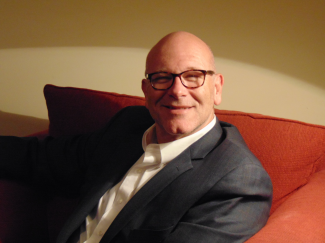 LEAD Seminar "In the Rooms Where It Happened"

Craig Friend, professor of history at NC State, discusses w/LEAD K-8 teachers how the history of the creation of Washington D.C. can teach about federalism, 3 branches of government, and what it means to be an American; and how exploring L'Enfant's plan for D.C. illuminates the history of the new nation.

Craig Thompson Friend is Professor of History and Director Emeritus of Public History. In 2019, I was named NCSU Alumni Association Distinguished Graduate Professor at North Carolina State University. He also served as 2017-2018 President of the Society for Historians of the Early American Republic. His academic interests are two-fold: In History, he researches in the early American republic, Old South, issues of identity and commemoration, gender and masculinity, and death culture. In Public History, they are in public memory and commemoration, family and community history, and the history of public history. His research has been funded by the National Endowment for the Humanities, the American Antiquarian Society, the Gilder Lehrman Institute for American History, the Winterthur Museum and Library, the Filson Historical Society, and the Pew Charitable Trusts. He has been honored with the Governor's Award for the best book on Kentucky history in 2007-2010; the Maclura Award for outstanding volunteer work by the City of Raleigh Parks, Recreation, and Cultural Resources program; and the Distinguished Service Award from the Society for Historians of the Early American Republic.