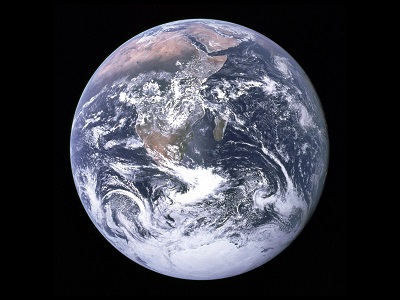 During the late 1960s and early 1970s photographs of Earth taken from outer space became important visual elements of the burgeoning environmental movement. The Earthrise (1968) and Whole Earth (1972) photographs taken by NASA during this period soon began appearing on posters, T-shirts, and other promotional materials for dozens of environmental organizations before and after the first Earth Day in 1970. Yet the history of these images suggests a more complex story, indicating that it took time for these photographs from space to become environmental icons. This webinar will trace how Earthrise, and the even better known Whole Earth image, became “green".