Join us at the 2023 NCHE Conference,
Freedom From, Freedom To 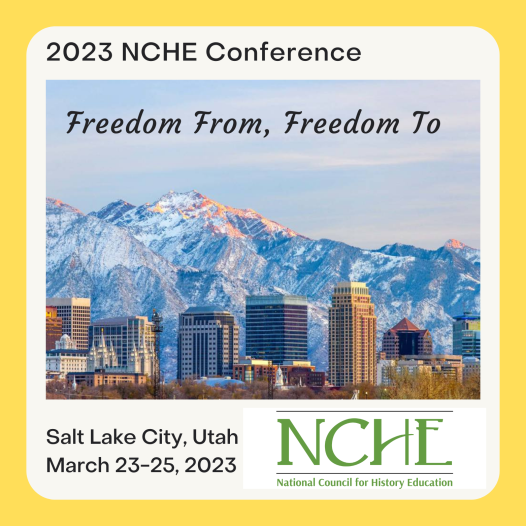 Freedom From, Freedom To

Nestled at the base of the Wasatch Mountains, Salt Lake City occupies the ancestral homelands of both Shoshone and Ute peoples. These tribal homelands were claimed by Spain, and then Mexico, for more than 200 years before the United States acquired the territory in 1848. Utah is now home to eight sovereign native nations, along with generations of migrants from all over the world. Today, over 100 languages are spoken across the state, reflecting diversity that is both remarkable and typical of the American West.

Utah is the headquarters of the Church of Jesus Christ of Latter-day Saints (LDS), whose members are also known as Mormons. In the 1840s, these Euro-Americans followed the overland trails west to escape mob violence and legal persecution in Illinois and Missouri. They went on to settle a vast domain reaching from Idaho to southern California. African Americans were among the earliest migrants to Utah; before 1862 their numbers included both freed and enslaved people. Colonization happened at a breathtaking pace in the region, and it did not follow a simple, westward trajectory. Within a few short decades, railroad jobs and resource extraction drew Latina/o workers northward from Mexico and the Southwest, Chinese and Japanese people from across the Pacific, and eastern and southern Europeans from across the Atlantic. At the same time, faith drew thousands of LDS immigrants from Britain, Scandinavia, and Polynesia to the region.

Many of these migrants sought some kind of freedom in the American West—freedom from poverty, insecurity, or persecution; freedom of conscience, of choice, or of opportunity.

In his seminal 1958 address, Two Concepts of Liberty, the philosopher Isaiah Berlin distinguished between the concepts of negative and positive freedom. Negative freedom indicates the freedom from something- freedom from the tyranny of the majority or the coercion of the state. LDS migrants, Native Americans, and Japanese Americans during World War II would certainly have recognized this type of freedom. In contrast, positive freedom represents something far more self-directive, the freedom to act on one’s own will and to pursue opportunities. Positive freedom seeks to place authority in the hands of an empowered individual or collective. American history has often involved individuals and groups attempting to gain freedoms that were originally denied to them. The struggle to have access to equal education, to gain citizenship, to secure voting rights, and to marry the person of one’s choice are all examples of positive freedoms. Many argue that the creation of the welfare state is an example of positive freedoms at work. Going a step further, supporters of a Universal Basic Income (UBI) argue that the program will provide citizens with the financial means necessary to make personal choices that empower their lives. In not placing any restrictions on how funds are to be used, UBI advocates note that participants can live life with a measure of dignity otherwise unavailable to them.

Yet, Isaiah Berlin, watching the Cold War unfold, grew increasingly concerned that the noble goals of the socialist revolution in the former U.S.S.R. had succumbed to the machinations of totalitarian rulers. The freedom and self-actualization of the individual became increasingly equated with the needs of the larger community. “Once I take this view,” Berlin says, “I am in a position to ignore the actual wishes of men or societies, to bully, oppress, torture in the name, and on behalf, of their ‘real’ selves, in the secure knowledge that whatever is the true goal of man ... must be identical with his freedom.” Berlin argued that positive freedom could have an authoritarian streak that may lead some to believe that people should be, in the words of Rousseau, “forced to be free.” Ultimately, positive and negative concepts of freedom rest upon two, at times, competing visions of the world. Although it is not always possible to reconcile these views, we also must acknowledge that they arise from deeply human convictions and therefore merit our deepest consideration and deliberation.

The National Council for History Education invites proposals on the theme “Freedom From, Freedom To” for the 2023 National Conference.  All proposals will be evaluated on the basis of their intellectual content, their ability to engage the audience, and their overall contribution to the teaching of history. We encourage sessions that address world history and those that consider how history teachers make specific contributions to diverse learners and to civic life.

Breakout Session:  These teacher workshops are typically interactive “how to” sessions designed for the K-12 educator and are 50 minutes in length.

Poster Session: Poster Session topics range from teaching ideas to research reports. Poster presenters display their information visually (ex. poster/display board) and interact with interested attendees during the 50-minute session. Presenters remain with their posters. The poster session period may include 8-15 simultaneous presenters.

Join fellow attendees, keynote speakers, and the NCHE Board of Directors for light refreshments in the NCHE Exhibit Hall.  Visit with the exhibitors, catch-up with old friends, and make new friends during this relaxing start to the conference.  Only those registered for the Conference may attend. There is no charge for the Opening Reception.

Join NCHE for an evening at the Natural History Museum of Utah.  The museum moved to its current location, the Rio Tinto Center, in the foothills above Salt Lake City in 2011.  It features exhibits of natural history subjects, with an emphasis on Utah and the Intermountain West. The mission of the museum is to illuminate the natural world and the place of humans within it. Attendees will be able to experience the entire museum, the Museum Store, and enjoy hors d’oeuvres with a host bar.

History Matters (...and so does coffee!) with Joanne Freeman
Saturday, March 25
7:30 AM

History Matters (…and so does coffee!) is a weekly webcast featuring the teaching and scholarship of Dr. Joanne Freeman, a professor of history at Yale University and former NCHE board member. Each episode features a conversation about a historic person, place, event, or piece of evidence; what it reveals; and how it emerges (or reemerges) in America today. Dr. Freeman begins with a short discussion of a topic, often connecting it to documents in the historical record, and then shows how it connects with the challenges and responsibilities of American citizenship in the here and now. Dr. Freeman also takes questions from the live webcast audience about the day's topic. History Matters (…and so does coffee!) is a fun, funny, interactive, educational, and--amidst our current challenges--important webcast for understanding how history happens and its vital relevance today.

Guest rooms can also be booked by calling (801) 531-0800
*Be sure to mention the National Council for History Education room block.

Join us at the 2023 NCHE Conference.
There are many ways to get to and around Salt Lake City.

SLC is served by the following carriers:

A list of rental agencies, taxi companies and shuttles at SLC can be found by clicking here. 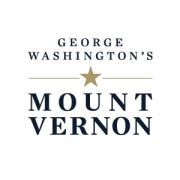 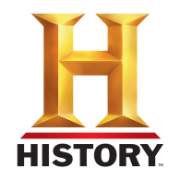