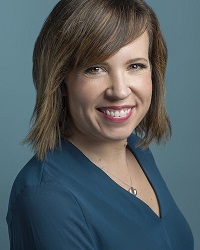 In this interactive Women's History Month talk featuring items from the Library of Congress and Smithsonian collections, Professor Kimberly Hamlin will explore American women's long quest for safe, reliable birth control, with a special emphasis on the technologies and policies that both advanced and hindered this goal. Hamlin's lecture will also highlight how race and racism have shaped the history of birth control and women's access to it.

Kimberly A. Hamlin is an award-winning historian, author, and professor specializing in the history of women, gender, and sex in the United States. Her most recent book Free Thinker: Sex, Suffrage, and the Extraordinary Life of Helen Hamilton Gardener (March 2020, W.W. Norton) tells the fascinating story of the “fallen woman” who reinvented herself and became “the most potent factor” in Congressional passage of the Nineteenth Amendment and the highest-ranking woman in federal government. She is a member of the Organization of American Historians Distinguished Lecturer Bureau and the Ohio Humanities Council Speaker’s Bureau. Her research on women, gender, science, and politics has been featured in various media outlets including NPR and CBC radio, Vice, and qz.com.