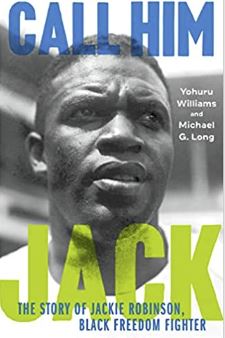 Join prominent Robinson scholars Yohuru Williams and Michael G. Long to discuss Call Him Jack, an exciting biography that recovers the real person behind the legend, reanimating this famed figure’s legacy for new generations, widening our focus from the sportsman to the man as a whole, and deepening our appreciation for his achievements on the playing field in the process.