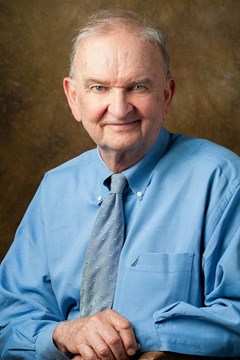 The Lewis and Clark Expedition (1804-06) was one of the most famous events of early American history. It's a truly great story, but it is much more than grand historical entertainment. It was one of many expeditions across the world in a golden age of exploration. It was part of a jockeying among many powers for control of North America. It was a vigorous pursuit of knowledge during a scientific revolution. And it was a revelation of Native peoples of the far West during a time of tumultuous change.

This webinar will explore briefly the story of the Corps of Discovery in this wider context of national, continental, and global history.

Elliott West is the Alumni Distinguished Professor of History at the University of Arkansas, where he specializes in the history of the American West, environmental history, and the history of American Indians. He is the author of many award-winning books including The Contested Plains: Indians, Goldseekers and the Rush to Colorado (1998) and The Last Indian War: The Nez Perce Story. He has been recognized twice as his university's teacher of the year and was one of three finalists for the Robert Foster Cherry Award for the outstanding classroom teacher in the nation. He serves as a Distinguished Advisor to NCHE.