NCHE History Educators Tell the Stories That Need to Be Told 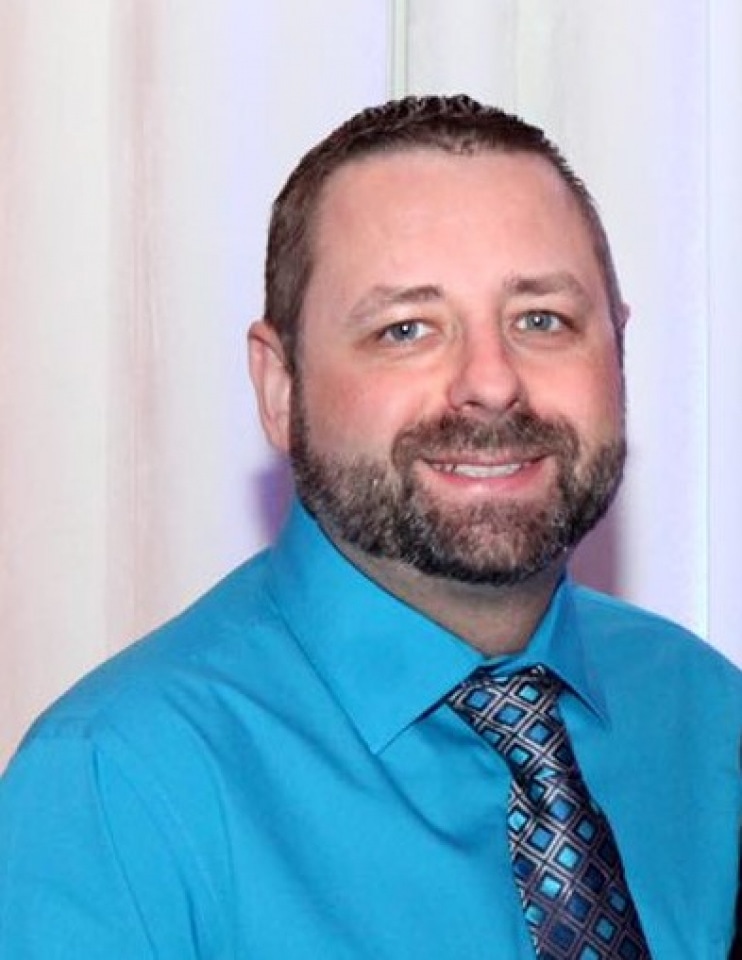 “If we don’t tell their stories, who will?”

These eight words were a powerful exclamation point to a June 2022 tour of Historic Jamestowne, Virginia, which featured the story of “Angela,” one of the first Africans to arrive in the English colonies of America in 1619. Our group of educators from Osceola County, Florida traced the footsteps of the young adult woman, who knew freedom in Angola before being captured by Portuguese forces and shipped across the Atlantic Ocean to be impressed into a new life of servitude.

Our tour guide told us that he is one of just a few left who tell the story of “Angela” (her real name was lost to history), and others like her, because telling the tough stories of American history has inexplicably become polarizing. He also described a few past visitors leaving mid-tour because the true and troubling story of enslavement in the colonies was too much for them.

Had I not been afforded the opportunity to visit Jamestowne, as part of the National Council of History Education grant program offered to my school district, I never would have known about “Angela.” Now I can also tell her story.

This is one of my most indelible memories amid countless amazing moments from my involvement in the last two years of a three-year partnership between the School District of Osceola County and NCHE. The list of our destinations the past two summers should be on any history aficionado’s bucket list. In addition to Jamestowne, we traveled to Gettysburg, Washington D.C., Mount Vernon, Colonial Williamsburg, and Yorktown.

In February 2022, our group arrived in Alabama to visit scenes of the most important Civil Rights events in American History. Our whirlwind three-day, three-city trip took us to Montgomery, Selma, and Birmingham. It was in Selma where we met Dianne Harris and had the honor of crossing the Edmund Pettus Bridge with her.

As a 1960’s Alabaman teenager, Dianne recognized the wrongs within her country and the limitations she faced because of the color of her skin and exercised her first amendment rights to protest, but was jailed, nonetheless. During one incarceration, she was placed in a tiny cell with dozens of other girls. They had no mattresses and one toilet. When the girls had to use the bathroom, the others would form a circle to block the guards' view. As if that indignity was not bad enough, she was also stuck with a cattle prod just for the amusement of a jailor.

On Bloody Sunday, March 7, 1965, Dianne and her younger brother were chased by a man on horseback who had just brutally beaten a 60-year-old woman the pair had been attempting to help escape. The children reluctantly left the woman when she begged them to go ahead to save themselves. The man only stopped his pursuit of the children because they ran up the steps to seek shelter in the Brown Chapel AME church. Dianne said he had "some kind of reverence" and decided not to continue the pursuit of violence into a church. Dianne and her brother held onto each other in a pew for several hours until it sounded safe to emerge.

February is Black History Month, which made this trip especially timely and inspiring. I was teaching one week later, recounting the words spoken by Dianne and all the powerful people we met while showing pictures of the places we visited. This lesson kept students engaged and interested, providing for a great forum for questions and class discussion. 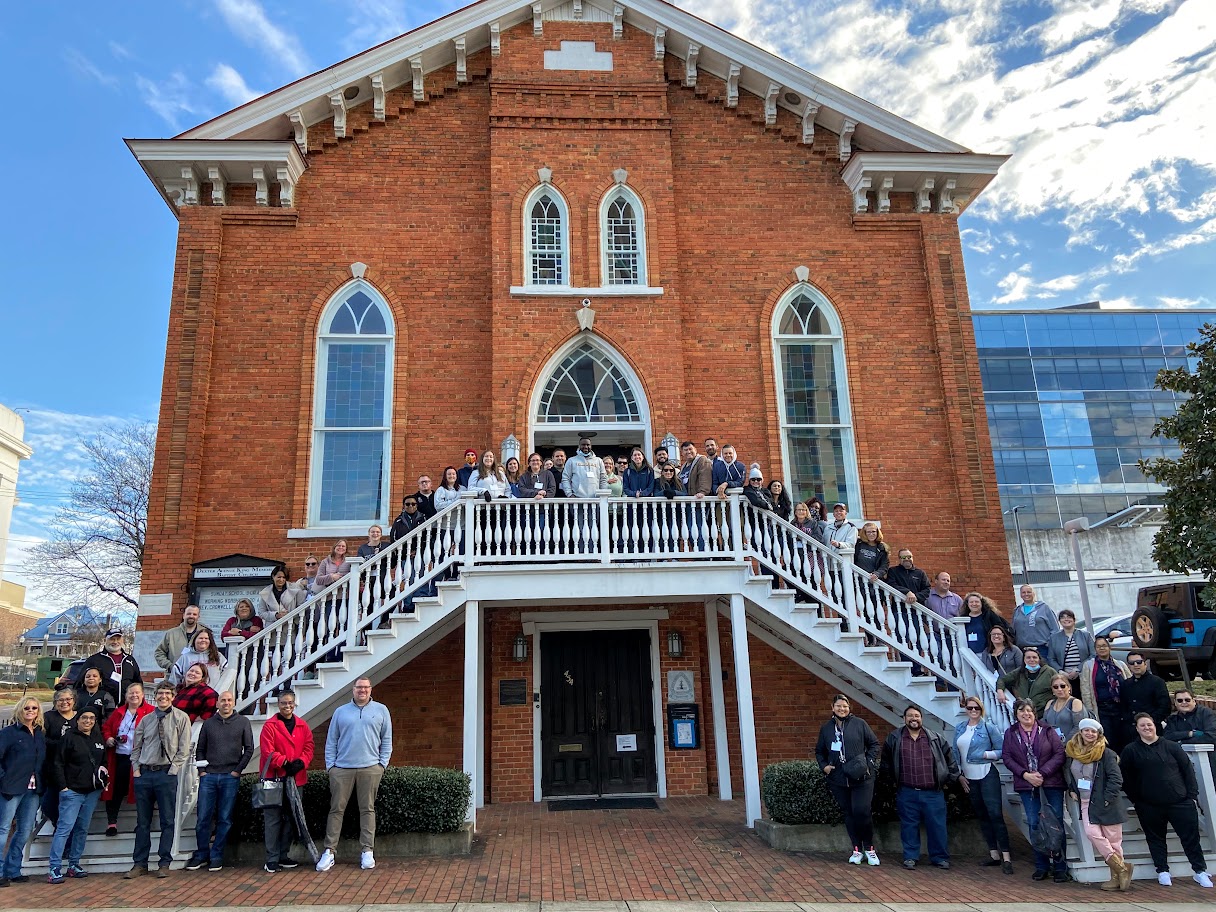 Beyond the historic field studies, NCHE has provided the members of the grant with exceptional professional development. There is a saying that “teachers make the worst students.” This is often true because facilitators are talking at teachers about pedagogy they already possess, which causes them to become disengaged and disinterested. The complaint many teachers have with these types of trainings is they fail to showcase best practices to better engage and educate students.

The seminars, colloquiums, and webinars we have been exposed to have been some of the best professional developments I have experienced. It is new content and gives us innovative ways to teach it to further engage students.

The NCHE grant has also formed an unbreakable bond among its educators. Often when teachers take professional development, it is homogenous within the same subject or school level. Our group covers all grade levels whose paths most likely would have never crossed without the program.

The first two years of the program took place in the middle of the Covid-19 pandemic, which necessitated a lot of online meetings. Many of us met in person for the first time in June 2021 prior to our summer trip to Gettysburg and Washington, D.C. Initially people kept to themselves, but a bond became apparent with evening visits to the National Mall and White House.

This bond goes above and beyond a new comradery and friendship from a group of professionals in a challenging career. We have made each other better educators because we are able to pass on ideas, techniques, and resources that make their way into other classrooms. Something a third-grade teacher does can better the 7th grade students in a school on the other side of the county. These are methods that we may not have been exposed to without the grant.

I am confident that my affiliation with the NCHE grant has made me a better educator and historian. It has introduced colleagues to each other who have now become friends and collaborators. Perhaps best of all, it has reinforced the importance of history education for me and how we must tell the accurate stories of both the good and the bad of American history.