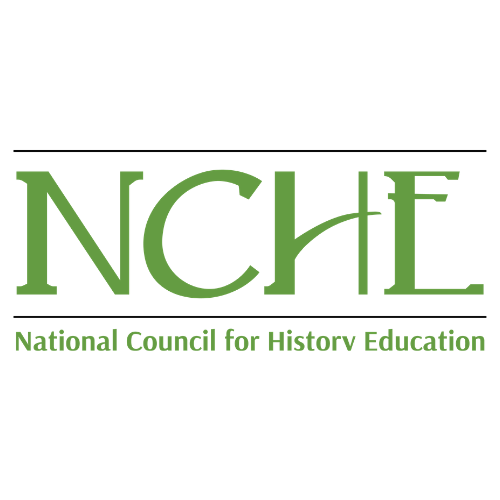 NCHE received the following open letter from a history student, addressed to the history teachers of this country.

2020 was the year my perspective on America changed. I grew up in a tiny bubble my entire life, concerned only with my needs, but the day I realized police brutality was such a heavy topic, I knew that there was something wrong with the country I believed to be “the land of the free.” As a junior in highschool who has gone through almost every required history course, including AP classes, I see first hand the whitewashed textbooks that leave behind a uniformly positive portrayal of people who acted with a sense of entitlement and superiority, and often violence against any different race or culture that they encountered. Early colonizers and later pioneers never questioned the morality of their systematic subjugation and even extermination of Native Americans and African American slaves. History curriculum turns a blind eye to the continuing impacts of slavery, downplaying the historical significance and providing only a superficial examination of the subject. Skimming over the racist history of our country has led to a continuation of ignorance and racism in America.

Racism is a pandemic that has spread throughout centuries of America’s history and will continue to spread unless all facts and sides of history are told. According to the Zinn Education Project, textbooks have been whitewashing our history, misleading young minds. Publishers often pride themselves for honoring diversity in our nation and being multicultural. Yet when Bob Peterson, an educator, was examining history textbooks in 2008, he noticed that none of the 5th grade textbooks on United States history even mentioned the word “racism” or “discrimination.” The textbooks also failed to mention that the first 12 out of 18 presidents we all admire owned slaves or sold humans.

After President Lincoln abolished slavery in 1865, hate crimes such as lynching continued. The Tulsa Massacre is still one of the worst racial violence incidents that occurred in U.S. history. White mobs attacked black residents and businesses for over 18 hours, leaving the small, predominantly black neighborhood, Greenwood, Oklahoma, in shambles. This mob started when Dick Rowland was accused of attacking a white woman elevator operator. This incident made the front page of the Tulsa Tribune, revealing Rowlands's name. Armed white men gathered around the neighborhood with police officers' help in hopes of lynching Rowland. Looting followed for over 35 blocks, burning black-owned businesses, schools, hospitals, churches, and over 1,000 houses. All the while, six planes flew overhead, dropping bombs, leaving 10,000 people homeless and over 300 dead. The Tulsa massacre has been overlooked or even converted to a "race riot" in history books, if even mentioned. Until recently the massacre was not even in Oklahoma textbooks, where it took place. This history is essential for young brains as it might help move our country closer to justice; without it students aren’t able to recognize the mistakes of the past and how to change the harmful, lasting consequences of those mistakes.

News of the Black Lives Matter movement protests after George Floyd’s death at the hands of Minneapolis police has been inescapable. This isn't the first time an innocent life has been taken; many black lives are taken for no reason at all, whether it be being pulled over for a traffic stop, playing with a toy gun, or even the simple act of sitting on a couch eating ice cream. Yet, that is what Botham Jean, a 26 year old accountant, was doing before an off duty police officer burst into his apartment and killed him. Another example I vividly remember is entering my kitchen on a summer day in 2016 to my parents watching the news, which I had never been that fond of. A disturbing video of a 37 year old black man, Alton Sterling, being held down and tased while begging not have his life taken, filled my television screen. I soon learned that he died after being shot by the police. I asked my parents what the man did for the police to kill him. They said, “Nothing, he was selling cd’s or dvd’s.” The Black Lives Matter movement is concerned about police brutality. Early settlers and pioneers felt justified in their violence against
slaves and Native Americans; today, racism, prejudice, and fear continue to permeate our society through unfounded police brutality against minorities. It is the responsibility of our schools, primarily our teachers of history, to prepare students to become good citizens who understand and uphold the true values of the United States democracy. History textbooks do not portray strongly enough the truth of America’s shameful past with regard to African and Native Americans. This allows the same prejudicial attitudes to continue in society, including our police forces. The students in history classes today will become the police force of tomorrow. Teachers must address this even if the textbooks do not.

Racist actions often occur with no awareness because they are planted too deeply into our society’s political, social, and economic systems causing systemic racism even in systems that are made to help people, such as medicine. “Blacks and other minority groups in the U.S. experience more illness, worse outcomes, and premature death compared with whites,” according to the Harvard Health Blog. Dr. Tello, a practicing physician at Massachusetts General Hospital, writes about a past experience her patient had, when she was in the emergency room due to a painful medical condition. She was in excruciating pain, but the emergency staff refused to give her any pain medication or even treat her. They thought she was just another addict in search of a high, with no evidence, when in reality she was a middle aged, respectable, church going lady. She believed she was a victim of discrimination. Dr. Tello agrees. Believe it or not the roles can be switched; many doctors experience racism when treating patients. There even were guidelines made in several medical journals titles, “Dealing with Racist Patients” and “The Discriminatory Patient and Family: Strategies to Address Discrimination towards Trainees.” Besides the inherently racist system, people's subconscious prejudices or implicit biases also affect both the patient and the doctor in both medical and other social systems. The disparities and inequities in the health care system are another example of the need for education at the middle and high school levels to address both explicit and implicit racism and prejudice. Clearly, medical schools are not doing so. The responsibility of educating students to become fair minded citizens falls upon our elementary and secondary school teachers and textbooks.

The history of our country involves a lot of violence leading to parents arguing that middle schoolers should not be exposed to such a dark part of our past. But I believe that by sanitizing our history, young minds are robbed from questioning our unjust society. We live in a complacent society now and we all see first hand how that has not led to eliminating racism. There can be many measures taken to create knowledgeable citizens and improve the fight to end racism; it all starts with the education system. I believe a huge component of the issue is the content of textbooks that students gather their information from; they often portray false illustrations of slavery and leave out critical events that slavery shaped, such as the Tulsa Massacre. Knowledge of the Tulsa Massacre was kept from the public until the Oklahoma State legislature passed a law in 2009 that it needed to be included in Oklahoma textbooks, 88 years after the incident occured. I believe that history teachers can influence the government to require publishers to rewrite a more accurate and truthful representation of America’s history in textbooks. They can also pressure publishers to address the implicit and explicit biases that have been engraved in our blood.

Another method that can be used is reading primary sources such as letters, diaries, articles, and African American literature that was written around the 1840’s, when slavery was at its worst. Some of these sources can be included in the textbook, but also integrated into lessons prepared by teachers. An example may be a newspaper article talking about the “Fugitive Slave Act” that required that all escaped slaves must be captured and returned to their masters, everyone must comply even those who are citizens in free states. This act was a major concern for the North as they feared this would cause a spread of slavery throughout the North as well as the South. I also believe that schools should integrate language arts and history, so they can read and write about primary sources, novels, and literature such as “Uncle Tom’s Cabin” by Harriet Beecher Stowe, which addresses injustices of slavery, symbolizing the North as freedom and the South as slavery and oppression, “March” written by Geraldine Brooks in 2007, which describes the experience of slaves during the Civil War learning how to read and write to prepare for freedom, and “Black Like Me” by James Baldwin which talks about the African American experience of oppression and racial tension in the 1960’s. Movies and theatre plays would also allow kids to more deeply understand the struggles of minorities, as would bringing in speakers, who have experienced racism first hand.

Understanding the truth and reality about slavery and racism is only part of what teachersneed to help students do. In order to completely abolish racist ideology, I believe that students must learn reflection and how to recognize their own biases and eliminate them. Teachers can easily help kids see in themselves where they have these issues and facilitate change. As said above publishers can address biases when writing the textbooks, but that is not enough. Teachers should create lesson plans that involve addressing this. Exercises and curriculum are available to help students do this in such areas as 1) values clarification, 2) to be conscious of propaganda techniques which are often used to excite prejudice and racism, 3) investigate their own prejudices about food, friends, and clothing to better understand and acknowledge prejudice and hate crimes, 4) teach students how to reason, think and problem solve in a scientific way in order to recognize the faulty reasoning that underlies racism and prejudice. Finally, there are books that teachers can use with students, such as the new book by Frederick Joseph, “The Black Friend: Being a Better White Person,” published in December 2020.

To conclude, history instruction has failed to effectively teach about slavery and the lasting effects it has had on African American citizens. The level of humanity in our culture is lowered by acts of violence, cruelty, and injustice, debasing American values. Racism and prejudice are the status quo for many in older generations, making it harder for them to change their prejudices. It is with the younger generations that the hope of a fair and equal society lies. Young people's opinions are not yet fully formed and they can learn new ideas which may be different from their upbringing. Teachers have students for seven hours a day and can be a strong influence. There has been much progress from the times the slaves were freed, but unfortunately the fight to end racism is nowhere close to being over. There are still so many wounded souls and sadly so many more to come. Racism is a destructive force that we can take down. It all starts with you, the teachers.