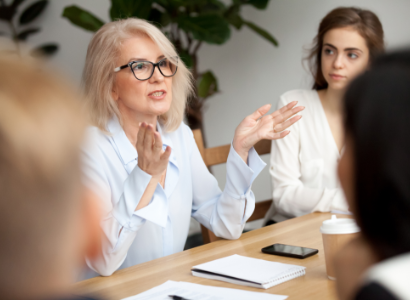 One of the most important skills I try to teach my students is the ability to analyze perspective or bias in order to better understand historical events. When I first introduce the topic of bias with my classes, students often say things like, “there are two sides to every story” and they believe that as long as they are hearing both sides, they are getting an “unbiased” view of events. My message to my students is that ALL sources are biased in some way. In other words, each source has its own biased perspective. Being able to analyze multiple perspectives, including the bias inherent in each perspective, is key to getting closer to a more accurate account of historical events. In an age where answers are at our fingertips and students want to know the “truth” as quickly as possible, this approach can be a challenge, but one I feel is well with the effort. Teaching students to analyze bias can be both simple and challenging. I have found the following three questions helpful in teaching students to evaluate bias and individual perspectives.

While the first question is essentially a summary of the source, it is the second and third questions which get to the root of analyzing bias. For example, when I say to my class, “I love summer” (Q1 - What is being said) and then ask my students why I might say something like this, they intuitively and quickly respond with answers like, “You are a teacher” (Q2 - Who is saying it) and “Teachers don’t have to be in school during the summer” (Q3 - Why would the speaker say this). So in this example identifying potential bias appears easy. However, when I ask the students to analyze the potential bias of a historical figure, their textbook or a graph with statistics, they are often stumped, sometimes completely failing to recognize what might also be an apparent bias.

Another part of bias analysis that students struggle with is knowing the truth or “real reason” why a person said what they said. In the example above, perhaps the “real” reason I love summer is not because I am a teacher off for the summer, but rather because I particularly enjoy eating fresh peaches and celebrating the 4th of July (both of which only occur during the summer). Therefore, while an understanding of context and human behavior might be the best tools we have to reasonably explain perspective, without being able to ask me directly, students must consider that they are only making educated guesses about why I, as a teacher, would like summertime. This inability to know for certain why a person said what they said can be frustrating for students, but it is another important aspect of working with perspective that teachers can help students grapple with.

In addition to interpreting and assessing the perspectives of individual documents, I like to provide opportunities for my students to use multiple sources (each with its own perspective) to better understand how perspective enhances our understanding of complex historical events. In my Advanced Placement European History class, we have a unit on the French Revolution and Napoleon Bonaparte. Historians have multiple interpretations of Napoleon’s influence and have described him as a leader ranging from tyrannical to enlightened. As a way for students to make up their own minds on Napoleon’s influence, the students put Napoleon on trial. Students act as lawyers, witnesses and jury members. They have to research actual historical figures like Napoleon’s brother Jerome Bonaparte who he appointed King of Westphalia, and Madame de Staël, an outspoken critic of Napoleon. After hearing the witnesses’ testimonies, the jury hashes out their interpretations to determine if Napoleon was truly a tyrant as the prosecution alleges. The students always do a wonderful job analyzing Napoleon from multiple viewpoints in order to see the complexity of his actions. One of the things I share with the class when the trial is all over, is how juries from previous years had voted. Some years the jury votes to acquit and some years they find Napoleon guilty. This leads to another wonderful discussion about evidence, seeing history from different perspectives and the fun (if not frustration) with history and knowing what “really” happened. If students only read one account of Napoleon or even just read in their textbook, “Napoleon was both a tyrant and an enlightened ruler,” they may never understand the complexity of the man as well as having to read, interpret and in this case, role play, from varied perspectives.

Document analysis in order to understand perspective is a skill that all students can and should learn, not just Advanced Placement students. In my Modern World History class, one of the units focuses on political conflicts post WWII. I give the students a long list of possible conflicts to choose from. Sometimes their own family members lived through some of these conflicts and I allow them to use family members as one of the sources they will need to find. Ultimately, they will need to find two different primary sources describing the conflict they have chosen. I tell the students the sources do not have to be opposites (again, trying to counteract the belief in just “two sides to every story”), but that the sources should give different perspectives on the conflict. For example, if they are researching the genocide in Rwanda, they could find accounts from a Hutu in 1994 and a Hutu in 2014, or a government official and a member of the UN peacekeeping force, or a Hutu and a moderate Tutsi.

After they find the two sources, they respond to the prompt, “Contrast the two primary sources and analyze why the authors of each source would have differing views on the same conflict.” The primary goals of the assignment are to learn more about the conflict and analyze why different people might interpret the same event in different ways. This is a challenging assignment for students because they have to do the hard work of finding the primary sources themselves. However, it gives them a better appreciation for what it means to be a historian; finding multiple primary sources, analyzing the WHO and the WHY of those sources, and developing their own interpretation of historical events.

While I have always believed that analyzing multiple perspectives was important for my students, I have seen an increased need for them to be analytical in recent years. If we only get one media feed or watch one television station, we are doing ourselves a disservice as we cannot appreciate the full scope of events. I want my students to realize the importance of seeking out multiple sources, analyzing perspective, and then making their own educated conclusions. These are the skills that I believe will serve them well not just in high school, but for the rest of their lives.