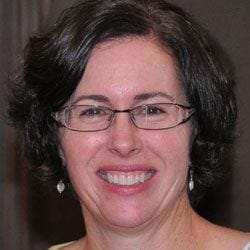 Fifty years ago, on July 1, 1971, the 26th Amendment was ratified. It lowered the voting age to eighteen and prohibited the denial or infringement of the right to vote “on account of age.” The amendment had first been introduced in Congress thirty years earlier, in 1942, and was the last time the United States significantly expanded voting rights. It has enfranchised millions of young Americans over the past half a century, including our students. To examine and celebrate the 50th anniversary of 26th Amendment in the classroom, here are some resources, including music, lesson plans and activities.

The 26th Amendment from the National Constitution Center includes the text and interpretation of the amendment, as well as two matters for debate.

American Democracy: A Great Leap of Faith, an online exhibit from the National Museum of American History, Smithsonian Institution, has a page devoted to the 26th Amendment with documents and objects, including campaign buttons.

Our Constitution: 26th Amendment (1971) from the Annenberg Center includes the text of the amendment, a short piece on the impact of the youth vote on the 1972 presidential election, an explanation for the adoption of the amendment in 1971, a quote from Jennings Randolph on voter turnout among youth, and a brief historical timeline.

“Registered” a comic retelling of the achievement of the 26th Amendment produced by the New York Department of Education Civics for All & Social Studies in collaboration with Good Trouble Comics. An engaging story filled with historical facts, it’s a great way to introduce the topic and available for downloading.

Tommy Boyce and Bobby Hart, “LUV or Let Us Vote,” 1969 is a campaign theme song for the Let Us Vote, an organization based at the University of the Pacific in California aimed at achieving youth voting rights. The lyrics make an argument for why young people should have the right to vote.

Lesson Plans and Activities
*Note: many of these lesson plans were designed a while ago and refer to youth voter turnout in previous elections. But they can easily be augmented and updated with 2020-2021 data, when young voters turned out in record numbers and made a difference in key races.

Fight for Your Right: A History of the 26th Amendment is a detailed lesson plan with materials from the University of Virginia Center for Politics: Youth Leadership. It includes activities, questions, worksheets, primary historical documents, and covers both the achievement of youth suffrage and the constitutional amendment process. (Grades 8-12)

The 26th Amendment from Learning for Justice, available from AFT’s Share My Lesson, includes multiple activities and resources covering the history, impact, and contemporary relevance of youth voting rights. (Grades 6-8, 9-12)

During the 2020-2021 election season, when young voters turned out in record numbers and made a difference in key races, commentators reminded us of the historical and contemporary significance of the amendment.

A recent historical overview with terrific images and illustrations is courtesy of Smithsonian Magazine.

This 2020 Washington Post opinion piece discusses the history and legal implications of the 26th Amendment and how it can be used to overcome voter suppression efforts and ensure voting rights for Americans of all ages.

Duke University’s 2020 seminar on voter suppression includes a testimonial from a young voter in North Carolina denied her right to vote.

Lowering the Voting Age to 16

Students are also very interested in current campaigns to further lower the voting age to sixteen. Some American cities and school districts have already done so. Here are some materials and ideas to explore the current debate about the 16-year-old vote in the classroom.

Congresswoman Grace Meng’s proposal to lower the voting age to 16, House Joint Resolution 23, reintroduced in February 2021; voted down by the House of Representatives in March 2021.

February 2021 article explaining Congresswoman Grace Meng’s proposal for the 16-year-old vote and the arguments of supporters.

Should 16-Year-Olds Be Allowed to Vote? from PBS News Hour engages students in this question with regard to school board elections and includes several activities, an overview article, video, and pro/con handouts. (Grades 9-12)

Lowering the Voting Age to 16: Pro and Con from Encyclopedia Britannica presents three arguments for and against the 16-year-old vote with an introductory essay and citations. (Grades 9-12)

Vote 16 USA is the national organization working to lower the voting age and has a useful website.

The 50th anniversary of the 26th Amendment can serve as inspiration and impetus to teach about why Americans can vote at 18. Learning about this achievement also provides an opportunity for classroom discussion about the importance of young people voting today and the potential of the 16-year old vote. With youth activism around a range of issues that disproportionately affect young people, such as climate change, gun violence and police brutality, voting is a vital way in which their voices can be heard within our political system and public life.

Jennifer Frost teaches US history at the University of Auckland and is the author of “Let Us Vote”: Youth Voting Rights and the 26th Amendment, forthcoming later this year. She can be contacted at j.frost@auckland.ac.nz.