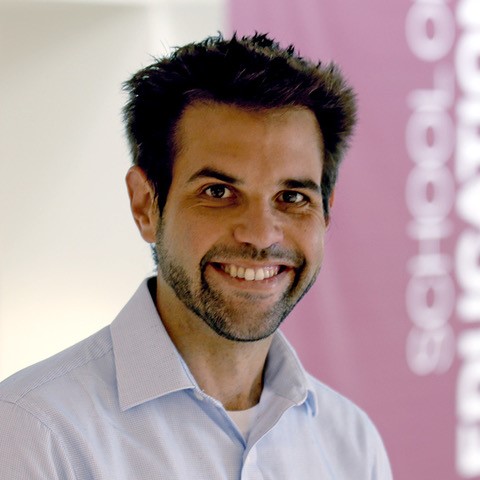 Where are the Women? Yesterday and Today

In 2017, the National Women’s History Museum engaged in an ambitious project to identify where women’s history topics were located in state social studies standards and how these topics were framed for student learning. Their analysis revealed a sobering national picture:

Overall, only 24% of historical figures taught in United States history are women. Moreover, when looking specifically at the racial distribution of the 178 women, no Asian American women were listed by name in any state standard and Queen Liliuokalani of Hawaii was the sole Asian American/Pacific Islander. Black women occupied 25% of the distribution, but were concentrated to Abolitionist and Civil Rights movements. As such, elite, white women who had the most access to advance their causes are overrepresented in the standards.

These findings confirm the patterns of omission and underrepresentation established by decades of social studies education research. As early as 1971, Janice Trecker identified the omission of women in U.S. history textbooks. Based on the information found in textbooks, Trecker summarized the history and contribution of the American woman as follows:

Women arrived in America in 1619 (an inaccurate choice of date if meant to be their first acquaintance with the new world.) They held the Seneca Falls Convention on Women's Rights in 1848. For the rest of the nineteenth century, they participated in reform movements, chiefly temperance and were exploited in factories. In 1923 they were given the vote. They joined the armed forces for the first time during the Second World War and thereafter have enjoyed the good life in America. Add the names of the women who are invariably mentioned, Harriet Beecher Stowe, Jane Addams, Dorothea Dix and Frances Perkins, with perhaps Susan B. Anthony, Elizabeth Cady Stanton and, almost as frequently, Carry Nation, and you have the basic text.

In 1982, Mary Kay Thompson Tretault revisited the work of Janice Trecker and concluded that despite new feminist scholarship and further assessments of history textbooks, “primacy continues to be given to male activities...generally only the few women who fit into the ‘Great Man’ concept are included, and they are most often white rather than minority women.” Each successive study over the last four decades (see Hahn, 1996; Crocco, 2008; Engebretson, 2014; Woyshner & Shocker, 2015) continue to make it crystal clear to policymakers, textbook publishers, teacher educators, and history teachers that the failure to incorporate the lives, narratives, and perspectives of women into our social education has detrimental social, political, and economic consequences for women and our capacity to work together in a pluralistic society.

Yet, the last four generations of social educators have ignored these exhortations while women’s authority over their bodies continues to be contingent on the composition of courts; wage and health disparities between men and women persist; and the modern world continues to be designed without considering women. As Carolyn Criado Perez elucidated in her book Invisible Women, aspects of our everyday life such as transportation systems, medical devices and treatments, tax structures, consumer products, and voice-recognition technologies operate from the perspective that humanity is exclusively male.

The latest repercussion of the lack of equal gender representation in social education occured on January 6, 2021. Although many factors such as racism, disinformation, and xenophobia induced the motivations of thousands to storm the United States Capitol. The Capitol insurrection was an expression of white male rage. Mona Lena Krook in a recent article shared that the gendered violence expressed by insurrectionists toward powerful political women such as Nancy Pelosi and Alexandria Ocasio-Cortez revealed that the rioters “did not simply wage an assault on democratic institutions. They also challenged the diversity of these institutions to reinforce traditional gender race hierarchies--in turn, undermining both democracy and equality.”

In a country where social education is compulsory, the Capitol insurrection was a predictable outcome of social education that prioritizes white male superiority and dominance. Without the active intervention of teachers, authoritarian masculinity will continue to rise unabashedly, legitimized by a curriculum occupied by white men “founding” “leading” “discovering” and “innovating.” If history educators seek to chart a different course, they must use this opportunity to reevaluate their curricular trajectories--among other steps such as working against all curricular and instructional manifestations of white supremacy--to leverage the decades of research that has pointed to the paucity of women, women’s issues, and women’s perspectives in standards, curriculum, and instructional materials.

Margaret Crocco in 2006 cast a vision for what a gender inclusive social education could look like. An education where:

If women were seen as the equals of men, Crocco concludes, then “both male and female teachers would teach women’s history and include women’s issues in their economics, civics, sociology, anthropology, psychology, and geography courses.”

On February 13, 2021, Unladylike2020, a women’s history series will host the Where are the Women Summit to investigate why women are vastly underrepresented in U.S. history and social studies curriculum. The two-hour virtual summit co-sponsored by the National Council for History Education will feature dynamic panel discussions with social studies teachers, historians, textbook authors, curriculum policymakers, and youth advocates to examine the factors that have limited the representation of women in textbooks, educational standards, and curriculum.

Let us take this most recent example of the social consequences of failing to address women in the curriculum to inspire a movement toward a more inclusive curriculum that engenders an appreciation of women’s issues, a social demand for more women leaders, and a dismantling of the patriarchy.

Dr. Alexander Cuenca is Assistant Professor of Curriculum and Instruction and coordinator of the Middle and Secondary Social Studies Education Program at Indiana University. He served as Chair of the Task Force that developed the National Standards for the Preparation of Social Studies Teachers and is currently a member of the National Council for the Social Studies Board of Directors. His research explores how teachers learn, the pedagogy of teacher education, and teacher education policy. Prior to working in higher education, Dr. Cuenca was a middle school social studies teacher in Miami, Florida.