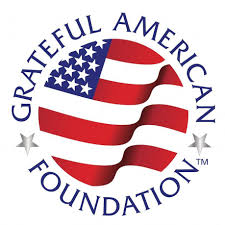 Last in a Series

…How did the sickly James Madison, who spent much of his childhood indoors, manage to morph into the fourth president?

James Madison’s life started in 1751 with an assortment of ailments, afflictions, and aches, which badgered, bothered, and bedeviled him—until the end.

He was…also a “small, pale sickly boy with a weak voice. If he tried to shout, the shout shriveled up in his throat…”

The oldest of 11, “Jemmie” was the son of a well-to-do Virginia farmer--and --a continuous concern to his parents, because of “occasional attacks that he…likened to epilepsy.”

But, even with sectioned stamina, Jemmie clowned and cavorted with his siblings.

(James Madison: A Captivating Guide to an American Founding Father Who Served as the Fourth President of the United States; p. 3).

When Jemmie turned eleven, the family moved to the 5,000-acre Montpelier--a larger estate; he completed the last of his father’s 85-books, and was dispatched to Donald Robertson’s Boarding School; there, he learned French, Latin, and Greek; studied astronomy, mathematics, philosophy--and later--lauded his headmaster:

After three years, Madison went home to begin preparations with Reverend Thomas Martin for the College of William and Mary—preferred by Virginians--because of its prominence, prestige, and population of privileged pupils.

The Madison’s, however, derailed their decision; Williamsburg’s climate was potentially disagreeable “for James who wasn’t that healthy…he would have been particularly susceptible to illness during what they called the “sickly season”—July through October…[and]…oppressively hot and humid during the summer and early fall, a stark contrast to the mountain air that James grew up with.” (ibid., p. 4).

Rumors also whirred about decadent drinking, and perverse partying. William Yates, an Anglican preacher, alleged that some of the professors “played all night at cards in public houses in the City, and often were seen drunken in the street.” (ibid).

Mr. Madison and Reverend Martin pivoted to the College of New Jersey—now Princeton--to which James acclimated, quickly, and comfortably:

“He made close friends, devoured books… and joined in student fun—putting greasy feathers on the floor where fellow students would slip on them, setting off firecrackers in newcomers’ rooms, and eyeing girls through telescopes.” (Fritz, pp. 10-11).

Meanwhile, the toxic testiness between Britain and the colonies had failed to fizzle, “[a]nd for the first time James felt caught up in affairs that were affecting the whole country…the last five… he had been concerned, as everyone was, about Great Britain’s aggravating policy of slapping down taxes on the colonies…James Madison was one of many who marched on the campus.” (ibid., pp. 11-12).

Two-and-a-half years later, Madison got his degree, but couldn’t attend the graduation, or tolerate the journey home. He stayed at school an extra year to study theology and Hebrew with John Witherspoon, president of the College. Parental predestination had already positioned a plethora of his pals to prepare for the clergy--or law--but James would conclude “his life’s work would be in politics.”

After returning to Montpelier, Madison joined the Virginia Militia as a colonel, second-in-command to his father. He was not much of a soldier, but Madison wrote nimbly, and was elected to the Orange County Committee of Safety to succor the supervision of the force’s facility to fight.

By 1776—he had vaulted to Orange County representative at the Virginia Convention, witnessed the State’s defiance of Britain by trumpeting its independence, and met Thomas Jefferson, his lifelong friend.

After that heady hubbub, Madison envisioned a more prodigious, political purpose for himself, and resolved to run for the Virginia Assembly, but he was outwitted and outmaneuvered by his opponent, “an older man, [who] followed the old Virginia custom of setting out a barrel of whisky in front of the courthouse and treating the voters as they came to the polls…He [Madison] expected people to vote with their heads…he…provided no drinks on election day…” (Fritz, p.20).

Luckily, Madison’s loss illuminated his occupational orbit. He was catapulted into a vacant slot on the Council of State, an amped up executive committee of eight--that was powered by the pulpit loving, Governor Patrick Henry:

“…In behind-the-scenes political discussions, James was strong and persuasive, and as Patrick Henry…soon found out, James wrote easily and clearly. Patrick Henry might be able to send his voice to the rafters, but he disliked…dealing with pen and paper…he gave James the job of writing up state papers. But the most important thing that happened to James was that he made friends with Thomas Jefferson.” (Fritz, p. 21).

In another acknowledgment of his aptitude, Madison leapfrogged to the Continental Congress-; at 28, he was the youngest delegate laboring to formulate a federal government:

“At first Madison did not open his mouth…He worked on committees, worked behind the scenes as he had in Virginia…” but the “imbecilic” Articles of Confederation—ratified in 1781--pushed power to the states, and curtailed Congress—until they were replaced by Madison’s Constitution in 1788.

Now a celebrity, Madison activated his ruminations about romance, and pushed his college companion, Aaron Burr, to arrange an introduction to Dolley Payne Todd. When she learned “The Great Little Madison” wanted to meet her, she agreed, enthusiastically.

At first, their alliance might have looked unlikely: he was 43; she was 26, but their chemistries coalesced; their partnership persisted; their love lasted, and---the marriage---was one of the most joyous joining’s in American history.

Madison, almost always unwell, survived all the Founding Fathers, and passed away June 28, 1836, at the age of 85.