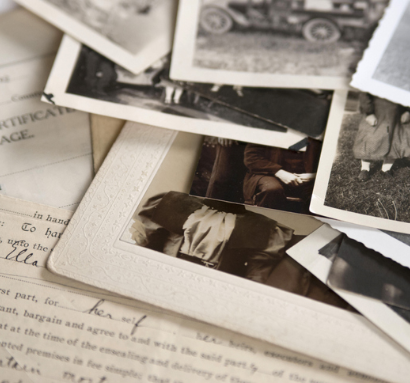 The Vietnam war claimed the lives of over 58,000 Americans and lasted from the early 1960s until 1975. A topic such as this should get a considerable amount of attention in America’s classrooms, but it often does not. It is usually one of the last topics covered in a United States history curriculum, and teachers sometimes rush through it. At one time, teachers had difficulties giving an unbiased opinion of that era. Some textbooks also do not adequately address the issues surrounding the conflict.

Our country lost a significant amount of people during the Vietnam War. If you look at the community you teach in, you may find people who served in the war and died from injuries they sustained in combat. We are fortunate to have access to records from that time to provide insight that we may use to educate students. By conducting research and following leads, there are opportunities to create meaningful lessons.

My own research on the topic started with a simple question I posed to myself: There were over 58,000 people killed in Vietnam, were there any from Deer Park, New York? A quick Google search brought me to the virtual Vietnam wall. From there, you can locate people listed on the Vietnam Wall according to state, city, or name. If you click on state and then scroll down to the city, you will find a list of the names of people that who lost their lives from that place. When you click on a name it will reveal their location on the Vietnam Wall and a full profile. The full profile will give you important dates, rank, branch of service, and other pieces of information. All of these are important to go deeper into your research.

In the initial stages of your research, consult with members of your school district. There is a chance that someone saved a newspaper clipping or there may be someone who knew the individual. This is also a good time to confirm the individual attended your school district. The easiest way to confirm if they attended your school is by checking the yearbook. You may find that this is the only way to get confirmation. When you do locate a picture of the person you are researching, take a picture of the individual. You can use the picture later on in a lesson plan.

The Vietnam Veterans Memorial’s Wall of Faces site contains similar information to the virtual wall, but also contains a remembrances section where people can leave a message. Some of the messages will help you develop leads. Family and friends will sometimes post birthday messages to the departed or may leave memorial day messages. When you see a high level of activity for a particular member, there is a chance that someone held onto letters or photos for the departed. A high level of activity means that people have not forgotten and do things to honor their memory. These sections help develop solid leads. These leads can tell you who their friends and family were, activities they enjoyed, honors and awards they may have received. Some people leave their emails on the site. This is great for researchers because it allows you to reach out to people who knew the individual.

I received positive responses when I reached out to people who left the email address. My emails to them were genuine and I expressed an interest to learn more about their loved one. I told them I wanted to develop a lesson plan based on local people who died in Vietnam. I felt this would make teaching my students about Vietnam much more personal. The responses I received were tremendous. People felt pleased to hear that someone was trying to do something to preserve their memory.

During my research I began by doing a simple Google search. I took some of the basic information I acquired and put it in the search bar. This included the individual’s name and branch of service, name and name of particular incident, or name and date of death. I found that certain sites put information up about the individual and the circumstances that lead to their death. While coming across this information was great, it was difficult to find a valuable primary resource to follow up on. That was certainly the case when I was researching Corporal Bruce Edward Kane, a Marine from Deer Park, New York who was declared Missing in Action (MIA).

During the initial stages of my research, I came across a helicopter association that had an article about Kane. In the article, the historian stated that Kane was in a helicopter crash and he was last seen entering the water trying to rescue other Marines. His body was never recovered and later he was declared dead. Another article said that Corporal Kane was a strong swimmer and was posthumously awarded the Distinguished Flying Cross for his actions.

I tracked down another helicopter pilot, read his research on the incident, and then spent an hour talking to him. The pilot told me that Kane died in the helicopter crash. I could not find a document supporting him receiving the Distinguished Flying Cross. Some of the articles you may encounter on the internet may not have been vetted. This can be a teachable moment for students to carefully evaluate sources to determine if they are reliable.

After I gathered some information on Bruce Kane I went to the The Vietnam-Era Prisoner-of-War/Missing-in-Action Database. I was able to get an accident investigation report on the incident, the official letter to his mother, and documents that provided the location of the crash. These documents included further investigations and findings from years later. I used these documents in a cooperative learning lesson plan and had my students analyze the documents as investigators and then come up with a conclusion.

Another helpful site was the National Archives. There are a number of records that you can gain access to such as statistics, research guides, and military service records. As a researcher, you can get access to an individual’s military service record by filling out a SF-180 Form. Without permission from a family member you will only get limited access. There were seven members from my school’s community who died in the Vietnam War. So, I simply filled out those forms and received parts of their service records a few months later.

This is not a project that you can complete overnight. You will get what you put into it. What kept me going was a combination of my own curiosity and the support I got along the way with people that were able to provide insight into what happened to the men who lost their lives in Vietnam from Deer Park. The people who were able to help me out were so grateful that a teacher wanted to teach students about their classmates expressed their appreciation to me a number of times. It was certainly a motivator.

When I started this project, no one in the community seemed to know about the seven men from Deer Park that who lost their lives in Vietnam. Each year I teach up to 120 students. I plan on teaching for at least another 15 years. Each year I will teach students about the Deer Park 7 who died in Vietnam. By the time I’m done with my career, I will have shared my research and lesson plans with 1800 people.

My findings on Corporal Bruce Edward Kane allowed me to create a lesson plan that required students to analyze primary sources. I felt that Corporal Kane’s story deserved telling, so I two years ago I wrote a paper on him and luckily an online military history magazine published it. In September 2018, Don Grout a military historian that resides in South Carolina through odd circumstances came into possession of Corporal Bruce E. Kane’s service medals. One of Kane’s medals had his name on it. Don felt that the medals should be returned to his family so he did what everyone does when confronted with a situation like this. He “googled Bruce Kane”. Luckily Don’t search lead to my article and a way to contact me. After a wonderful conversation Mr. Grout shipped the medals to me. I was then able to put the medals in a shadow box and then return the medals to a member of Corporal Kane’s family.

There are some military units that maintain websites so that they can stay in touch. Some of the things they post on their site include upcoming reunions, pictures, messages to fallen comrades on the anniversary of their death, and related information. If you are fortunate enough to find a site linked to the individual you are researching this can help to confirm or shed light on some information that you have already found. Along the same lines, classmate websites can also put you in contact with a solid lead.

Do not be afraid to reach out to people. At the Texas Tech University site I exchanged emails with a historian who pointed me in the right direction. The site also had valuable information about researching and teaching the Vietnam War.

John Heeg earned his undergraduate degree in Sociology/Anthropology with a minor in Secondary Education in 2000 from Dowling College, Oakdale, NY and holds permanent certification in Social Studies for grades 7-12. He then went on to receive his Masters Degree in 2006 from Touro College in Special Education and a Post-Graduate certificate in School Administration from Stony Brook University in 2009. John began his teaching career at the Lenox Academy in Canarsie, Brooklyn where he taught English Language Arts and Social Studies for grades 6-8. In 2003, he began teaching 8th grade Social Studies in the Deer Park School District where he has held the role of a Mentor for first-year teachers, Mentor Coordinator, and a Teacher Leader for the 8th grade Social Studies Department. Outside of the classroom, Heeg served as a U.S. Naval Hospital Corpsman from 2001-09 with all unit assignments with the Marine Corp. In 2011, he enlisted in the United States Air National Guard where he continues to serve as a Aviation Resource Manager. Heeg resides in Mattituck, NY with his wife Gia and son Colin.