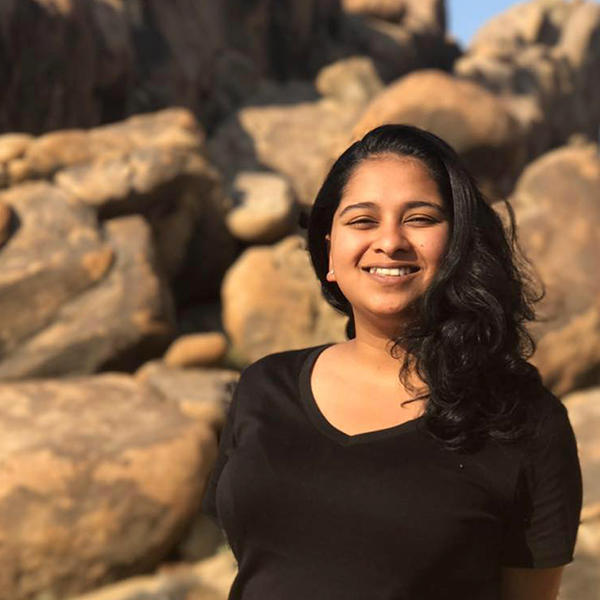 June 1, 2021 | by Varsha Venkatasubramanian, University of California at Berkeley

Water is essential to all societies as the foundation to all life on earth; today, water enables and encourages development in irrigation and hydropower. However, the allocation of who owns how much water and from which river has been a difficult question in the history of American law – especially when the issue of Native American water rights is added to the question. Water development permitted the western United States to develop spectacularly over the past century. Nevertheless, Native Americans and their reservations have seldom shared in this growth and development.

Though Native Americans have an implied right to certain waters associated with Indian reservations, the uncertainty surrounding these rights has created problems for Native Americans and non-Native Americans in the century since the initial court case in 1908. The Supreme Court's 1908 decision in Winters v. United States establishes that Native Americans have the right to draw enough water to enable their own self-sufficiency from the rivers that pass through their reservations. On the surface, this decision appears to protect Native people from incursions on their water rights by both white settlers and the federal government. In practice, however, Native Americans received only their paper rights, not actual “wet” rights. Various agencies in the executive branch, such as the Department of Interior and the Reclamation Service, were able to interpret the Winters decision in such a way as to ensure the prioritization of white American water rights and the federal government’s control of waterways. Since 1908, Native Americans have clung to the hope of the Winters right, but in reality, the benefits of these rights have been few and far between. The mere potential application of the reserved rights doctrine was viewed with fear by western states and white settlers, and they claimed it would be a “cloud” on western water rights and development.

After the United States war with Mexico, and America’s “paper” acquisition of all the land from the Atlantic to the Pacific oceans (though much of the Northern Plains had still not been officials acquired). The United States government still had to become an actual continental hegemon. What stood in the way were not just natural obstacles, but also Native Americans and ultimately the control of the waterways. The apex of this attempt to gain complete hegemony over the land and the treatment of water rights as the final frontier came during the early twentieth century. The federal government after the Winters Doctrine eventually gained control over how Native Americans could use their water as well as the funding of irrigation projects on Native American lands, there was little left that Native Americans actually had control over when it came to their way of life, especially when it came to their economic futures. While the Winters decision sent initial shockwaves through the federal government, the vagueness of the opinion allowed for the creation of a “water empire” throughout the American West. This empire enabled the federal government’s reclamation program to grow and increased the levels of control over state waterways and Native American reservations.

The Fort Belknap Reservation in northern Montana was home to about 1300 Gros Ventre and Assiniboine Native Americans. The reservation superintendent, William R. Logan, wrote to the Commissioner of Indian Affairs in 1905 that “we have had no water in our ditch whatever.”[1] This problem was caused by restructuring of the Great Blackfeet Reservation, which had been cut down in size and split into three smaller reservations in the 1880s, one of them Belknap. Logan asked his superiors for radical action when drought besot the reservation in 1905. The white settlers, (Henry Winter, Mose Anderson, etc.) were in disbelief that the federal government would side with a Native American reservation over them, especially since the policy of the federal government (and almost all state governments) had always been to give priority to those who were “civilized.” With this lawsuit, even the Reclamation Service had to reconsider constructing an irrigation project on the Milk River until there was a clearer picture of who had the water rights.

The settlers argued that although the treaty of 1888 reserved the land for Native Americans, it did not reserve the water on the land. At the point of the Ninth Circuit appeal, the settlers believed that, since over a century of federal law had been on their side, they could convincingly argue that Congress had only intended to set aside the land and not the water. The Ninth Circuit did not side with the settlers, and the newly created Reclamation Service was intensely worried about how this case would affect its’ projects across the West. The white settlers attempted to show to the Court that the government could not threaten the economic opportunity of its own citizens. However, the government countered with the fact that the 1888 treaty said that in “the distribution of materials advanced by the United States, preference shall be given especially to the Indians who in good faith undertake the cultivation of the soil or engage in pastoral pursuits as a means of obtaining a livelihood.”[2] Though this case had immense consequences for all western states, white settlers, and the Reclamation Service’s goals, it was clear that the Supreme Court in 1907 was focused on the possible impact of this case. At the time, the general assumption, by all levels of government, was that Native Americans would eventually be subsumed into the American public, they would assimilate into American society. Even though the government was arguing on behalf of Native Americans and their water access, the ultimate goal was to eventually treat them just as any other western white settler.

The Supreme Court, like the Ninth Circuit, placed the authority to reserve water on both Native Americans and the U.S. government, but only implicitly in its written opinion. Although the Winters case recognized an implied water right arising from the creation of the reservation, the Supreme Court did not decide the full scope of that reservation’s right. At the same time that the Winters case was making its way through the appeals system, another case regarding the Blackfeet reservation was underway: Conrad Investment Company vs. United States.[3] This decision in the appeals court enforced the notion that Indians’ right to water was not limited to amounts needed or in use at the time. These two cases built an opposition to the established water rights in the western states based on the system of prior appropriation, which had long favored certain rich white settlers.

The most important case upholding Winters was Arizona v. California in 1963, which held that federal reserved water rights applied to all federal lands, not just Native American reservations. The Court claimed that “the principle underlying the reservation of water rights for Indian Reservations was equally applicable to other federal establishments such as National Recreation Areas and National Forests.”[4] All these decisions built up the fear among settlers and western legislators that the federal government would gain ownership of all unappropriated water in the arid West. However, though it seemed that this and other decisions revealed the Court’s support of reserved rights, in fact what it belied was the Court’s growing deference to the federal government, not their support of Native Americans’ rights to water.

In 1983, the Court’s opinions on reserved rights began to change. Nevada v. United States and a rehearing of Arizona v. California, the Court revealed that it was willing to make Native American rights more inferior than it was before. Nevada v. United States revolved around the water rights of the Pyramid Lake Indian Reservation and the Newlands Reclamation Project. The court did make clear that Native Americans had been served poorly by the Bureau of Indian Affairs, but they also made clear that “the Government cannot follow the fastidious standards of a private fiduciary.”[5] In the second Arizona v. California case, the court refused to reconsider how big the Native American reservation’s claim to water actually was, even though the lawyers pointed to mistakes that were made in the first case.

Though these cases since 1983 reflect the Supreme Court’s shift away from supporting reserved rights, it was not a complete aberration from the previous decades. Despite the existence of the precedent in Winters v. United States, white citizens almost always ended up with more water, and sometimes all the water. In fact, the biggest winners since Winters have been corporate entities. The Supreme Court in Arizona pointed to this contradiction as well: “while the amount of water actually used by these entities [Native American reservations] may have been negligible until recent times, the magnitude of the right to use water on these lands has been far from negligible.”[6] This tension had not been recently discovered; after the passage of the Newlands Reclamation Act in 1902 and then six years later the opinion in Winters, Congress was aware there would be a battle over water rights, even though they were not aware it would last until the present day. Congressman Bill Richardson from New Mexico claimed that “there [would be] no more divisive issue in the West than the dispute between Indians and non-Indians over water.”[7]

Now this dispute has not ended and in fact some argue it is even fiercer today than it was in the twentieth century. There are tribes across the United States that are still looking for infrastructure support from the federal government on their reservations, especially when it comes to water access and water development. Today, in the Colorado River Basin, there are twenty-nine federally recognized tribes, while the Basin itself manages to provide water to over 40 million people across seven different states. In all this complexity, tribal rights are often not the priority. For example, nearly 40% of the Navajo Nation’s citizens lack access to clean water, and the pandemic has only heightened problems. Now, because of the effects of climate change, the resources of the Colorado River Basin are even more strained, and lower water flows in recent years has put even more pressure on Native groups seeking water for basic survival. Unlike in the past, Native Americans today are unwilling to accept or trust the platitudes of western legislators or even Supreme Court justices, because one of the main lessons from Winters and the resulting story in the twentieth century is that one-off investments or court decisions can’t completely reverse the trajectory of exploitation and pain on reservation land, advocates are now asking for a structural shift in the system. For many Native American communities, the first step is just gaining access to drinking water, and from there they plan to push for a reexamination on water management in regions like the Colorado River Basin.